PUVA stands for Psoralen + UVA. Psoralen is a photosensitizer which may be applied topically to the affected areas, or in the case of widespread disease, taken orally as a capsule. UVA is a component of sunshine. Special fluorescent lights in a portable unit or a box deliver artificial UVA. Several different skin diseases including psoriasis, dermatitis and vitiligo have been effectively treated with PUVA. Treatment is initially given 2-3 times per week, then less frequently once a response is seen. Due to the risk of skin aging, development of brown marks and skin cancer, PUVA treatment is now rarely used to treat the whole body. It is currently used primarily to treat localized skin disease on the palms and soles.

What are the risks?

Eye protection during treatment is essential to prevent sunburn and damage to your eyes. Individuals who are receiving the pill form of psoralen, must wear wrap around UVA protective glasses for at least 24 hours after the psoralen is taken. With topical PUVA, eye protection is only required during UVA treatment. PUVA may be drying to the skin. Moisturizers may be used after treatment. Burning of the skin with redness, tenderness and occasionally blisters may occur despite all careful precautions. There is often a delay before redness/burning occurs. For that reason, there should be at least 2 days between PUVA treatments. Inform the phototherapist BEFORE treatment if you have had any redness, tenderness or blisters. PUVA may cause aging of the skin, brown marks “PUVA freckles” and increase the risk of skin cancer. Sometimes PUVA may worsen the skin disease.

If you start taking another medication including antibiotics, please inform the phototherapist or Dr. Guenther since some medications can make you more sensitive to UV A and could increase the risk of sunburn.

Stand in the middle of the light booth. Always wear the UV protective glasses and keep your eyes closed. Do not touch the light bulbs, but you may hold onto the support bars. The male genitalia and face are usually covered, unless affected by disease. The genitals can be covered with underwear, a sock or athletic support. The same size and height of underwear should be worn every treatment to prevent unnecessary burning. Underwear should not be used if the skin condition affects the buttocks. The face may be covered with sunscreen applied 20-30 minutes prior to treatment, or thick towel. Only the phototherapist or Dr. Guenther may turn on the light box.

Avoid sunlight for 48 hours after treatment since it may promote burning. If outdoor exposure is unavoidable, protective clothing, a broad-rimmed hat and sunscreen with SPF at least 30 should be worn on all exposed surfaces. 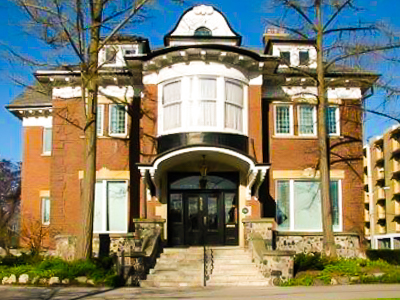 The general office phone number is:

The research office phone number is:

To schedule or change appointments please contact us by phone

The office is closed on weekends and for statutory holidays. This schedule is subject to change.